Here’s a challenge we can agree on:  Let’s challenge each other to be kind, respectful, friendly, and show pride in your school.  And you don’t even need to video record yourself doing it.

Canyons School District is taking a strong stand against social-media challenges, especially since the recent “Devious Licks” TikTok trend caused thousands of dollars in damaged or stolen property at CSD schools.  Just at one high school, $2,000 worth of soap dispensers were stolen or broken.

Word also has started to spread online about additional monthly TikTok activities that encourage students to participate in yet more disruptive, illegal, and even assaultive behaviors.

One of the latest online “challenges” urges students to video record themselves slapping teachers or school staff members.

To be clear, this will not be tolerated in Canyons School District.

CSD schools will continue to ensure that students understand our expectations for acceptable behavior. The consequences for the assault of school personnel, or vandalized or stolen school property, may lead to the involvement of law enforcement or disciplinary action in line with Canyons District policies.

These continued challenges also represent a teachable moment as they highlight the peer pressure students sometimes encounter on social media — one of many topics that our school will be addressing during Digital Citizenship Week, Oct. 18-22. 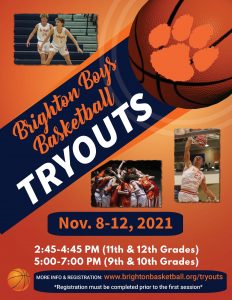 Near the end of the 2020-21 school year, Brighton High’s Hardy Owen carried on a family tradition by winning the Class 5A No. 1 singles boys tennis championship in dominating fashion.

The senior’s encore performance was even more impressive.

Owen earned victories in both singles and doubles at the Level 2 United States Tennis Association National Tournament over the holiday weekend in Oahu, Hawaii.

Simply competing in this tournament is an honor. Draws are limited to just 32 players, many of whom are college or pro-tour bound. Rarer still is for players from Utah and the Intermountain Region to win. But the feat is even more commendable considering Owen played with painful weather-induced blisters on both of his raw hands, a condition he deals with every spring and fall.

These national victories in Hawaii — and the state championship in May — came after some challenging years. Owen suffered a back injury with three sequential bone breaks his freshman year. The COVID-19 pandemic then took away more playing opportunities his sophomore year, with cancellations of the high school season and multiple USTA tournaments in 2020.

“He was pretty bummed about what he felt like were vanishing dreams and goals,” his mom, Alissa Owen, wrote on social media. Hardy kept the big picture in mind. That led to a heartwarming phone conversation this week with his mom, who stayed in Utah.

“He told me on the phone (Monday) he remembered something I told him at his lowest point,” Alissa Owen recalled. “I had promised him his ‘best is yet to come.’ … I would normally call this, what happened in Hawaii, a happy ending. But somehow, as he is on the cusp of becoming an adult, I can’t help but feel, for him, it’s just the beginning.”

Hardy Owen’s perseverance and hard work have helped him skyrocket in the USTA rankings — from the 1,200 range because of his injuries and COVID to as high as No. 3 in the nation for all players 18 and under. He’s currently positioned at No. 26 and is considered a five-star recruit with offers to Brigham Young University, the University of Utah and University of Las Vegas.

Hardy Owen is following in the footsteps of his older brother, Redd Owen, who won three consecutive first singles state titles with Brighton and was denied a likely fourth in a row when the 2020 tennis season was called off due to COVID-19,

The Owen brothers, coached by their dad, Brandon Owen, have been practice partners since beginning the sport. Being brotherly, Redd told the Deseret News in Spring 2020 that Hardy is “better than me at tennis.” Their parents say they each have strengths. Then a sophomore, Hardy took a 4-0 lead over Redd in a one-set challenge to determine No. 1 and No. 2 singles pairings ahead of a dual match against Corner Canyon. The older brother stormed back to defeat his sophomore sibling by winning six straight games to retain the Bengals’ top spot.

“My ego and pride (were) on the line even though I’m happy for him,” Redd Owen told the Deseret News at the time. “But I came back and won 6-4. Maybe he eased up on me.”

The Owen family — the current First Family of Utah Tennis — has two more talented tennis players who are also killing it on the courts. Ford Owen helped Brighton win the 5A first doubles championship last spring. Middle-schooler Henry Owen has fared well in tennis and even better in pickle ball, winning a silver medal in the Junior Olympics and claiming a U.S. Open gold.

The Owens aren’t keeping their talents to themselves, by the way. The brothers volunteer to help teach tennis to youth on the Navajo reservation each year.